The Story Behind Moniyaw An Interview with T. A. Gallant 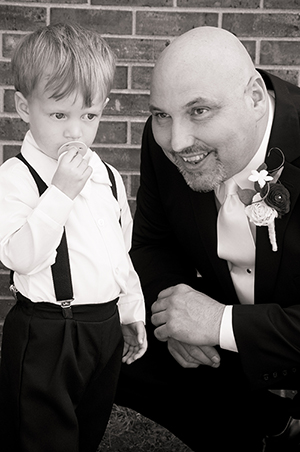 Q. This is your first published novel. Why a subject like this?

A. I really wanted to start off with territory I knew, and I wanted to write about something important to me. I think if you’re going to invest yourself in a book . . . that is a lot of work, and you want to be pouring it into something you’re passionate about.

Q. In what way is this “territory you know”?

A. I spent much of my teen years on reserves, and saw a lot of the life from the inside out. It's the sort of thing that can stick with you.

So there is a personal history there. In a way, the Canadian natives have always been my people, even though I am a “moniyaw” myself. Even though I never learned the language, I did pick up a smattering of Cree, and I always enjoy tossing off a tansi (“How are you?”) when I see a native.

My father was a preacher, and he gave a lot of his life to loving the aboriginal people. Although I still have longstanding friends from those days, I felt like I wanted to give something a little more myself.

Q. What do you want your readers to take away from Moniyaw?

A. Well, it’s a story. I want them to enjoy it. If I can make somebody smile, that's worth writing for.

But yes, there are definitely serious undertones. The plight of the natives in North America is critical, but there’s more to the story than that. I guess in a way, Moniyaw is about being taken by surprise. So perhaps it’s appropriate I leave things right there.

Q. Who are your literary influences?

A. Honestly, I don't know. Of course, I can tell you who I like—Austen, Trollope, Dostoevski, Tolstoi, Potok, Lewis, Eco, Greene, for instance—but I’m not sure I write like any of them. I don’t try to, really.

And the truth is that I have a lot of different writing styles. I’m not just talking about the nonfiction work I do; my next novel is going to have a very different voice compared to this one. That’s actually one of the things I find exciting about writing; developing a different voice for different sorts of stories.

Q. What does writing mean to you?

A. It’s kind of like fathering a child, which I experienced this year for the first time. Except you have quite a bit more control over the process! But there’s just something powerful in realizing that these thoughts that were inside you are standing on their own, wandering off into the big wide world.

Q. There is “mild language” in Moniyaw. As a Christian writer, how do you reconcile that?

A. Well, I should be clear that there is no obscenity or “four-letter words” in the book, and I don’t intend to go that route in the future, either. And I think there is a danger to do something just for the sake of being “edgy,” which often is just another way of saying that you like slapping people in the face just to see the reaction.

But yes, the story does contain a few occasions where the language is, shall we say, earthy.

I’m not entirely sure the source of it, but at some point, Western Protestantism became a bit confused about language. It’s like we have become holier than God here. Part of it may have been a sort of superiority thing going on in the English language, where after the Norman Conquest, I think some of the old Briton terms were considered “common” and barbaric. So you had to speak in Latinate language, as if you were really saying something different if you said “dung” rather than “shit,” for instance. So a lot of it is a weird cultural thing from pretty deep back in our past, and not even faintly biblical.

Now it’s true, Paul says it is a shame to speak about what some people do in secret—meaning there are things it isn’t appropriate to describe in detail. But there of course we are talking about depiction of shameful acts, not mere terms. Paul himself uses frank terms such as skubalon, which probably means “dung.” Isaiah speaks of Israel’s “righteous” deeds as dirty menstrual cloths. There are times to speak that way.

People who grew up with the King James Version should know this. More recent translations have buried it under euphemism, but there are a half dozen places in the Old Testament where, instead of simply saying “males,” the Bible says “everyone who pisses against the wall.” There are also a couple other passages that report on what the Rabshakeh threatens Israel, that the commoners of Judah will be eating their own dung and drinking their own piss once the Assyrian siege starts.

So while I have no intention of loading my readers’ minds with filth, I believe there is a divinely-warranted place in literature for using that kind of earthy language. And where the use of that sort of language tells the truth about the world, that is not “dirty,” but a way of honoring God.

That said, the way we generally are tempted to use such language in daily life, and should not, is when we are angry or frustrated. That’s usually a sign of poor self-control, and it’s not what I am advocating at all, even if in a story I may “report” on that sort of thing.

Q. Timotheos refers to honoring God. Is that a bit overly ambitious for fiction? How can art honor God?

A. Well, it can start simply by being well done. God put us into a world of raw materials in order to glorify it, to beautify it, and just doing art well is a form of that task.

But there are certainly ways to honour God that go beyond how well a story is constructed, or how well the phrases are turned. The content needs to tell the truth, and yes, this goes for a novel, as well. You can look, for instance, at what Lewis accomplished in the Chronicles of Narnia, which were of course pure fantasy. And yet they were books of truth.

We’re confronted with all sorts of lies in our culture, lies about the nature of civil discourse, such as tolerance becoming a denial of the ability to disagree with anyone else’s actions or values. That is a lie. And there are all sorts of ways that fiction can counter those sorts of lies and show that we are not simply our own masters, that there are consequences for the choices we make and the paths we follow.

Similarly, fiction can look at the pattern of Christ as the matrix of true humanity, and honour that way of living. Even a novel can show that giving of oneself, laying one’s life down for others, is the pathway to bringing healing and hope to a world that is sick and hopeless.

So good art is something that is true in both form and content, and if you pursue that faithfully, in some small way at least, you will succeed in bringing glory to God rather than just pumping out more trash for the heap.

Q. What is your next project?

A. I have a number of nonfiction projects I’m working on for Pactum Reformanda Publishing, but I’m really excited about my next novel, called The Legend of the Dagger Prince, and it’s something of a “medievalesque” fantasy adventure story. It’s about a teenaged prince who gets kidnapped, and everything that falls out of that. There are lots of twists and turns. I think it’s going to be a lot of fun to write, and a lot of fun to read.